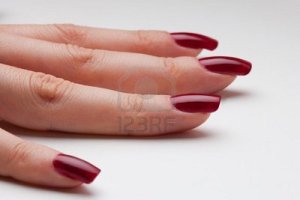 “Aaaah…that feels good. Yes, there!” said the bald-headed, rotund man lying face down on the massage table.  He was naked save for the white towel covering the bottom half of his body.  “To the left! Aaaahhh….”

“Like this good, sir?” the masseuse gently whispered into his cockle-shaped ear.  “Harder? Softer?”

“Harder! Yeah, like that! Oooooo….” groaned the man.  He was enjoying the massage tremendously.  For such a small woman, she was unusually strong. His body felt as if he’d gone through a wringer.  He was in pain.  But it was a good pain.

Her hands kneaded and kneaded at his sore muscles, occasionally, her nails pressed into his body, drawing blood and that hurt too.  But again, it was a good pain. And the masseuse ain’t bad-looking.

“Harder, yeah?” he was floating.”Aaahhh…OUCH! What was that?” he exclaimed suddenly, got up and sat down on the table clutching his towel to cover his unmentionables.

“Apologies sir,” whispered the masseuse frantically.  “Me no do that again. Sorry.”  The polish colour on her nails had begun to lighten.

He returned to his face-down position from before and waited for the masseuse to continue.  His back was riddled with crescent marks from the masseuses’ nails.  Some had blood flowing while the others none.  Clear liquid suddenly appeared from one of the nail wounds and flowed down his back.  The rest of the crescent marks soon followed.  He started gurgling, foam at his mouth.  Within those few seconds, the corrupted State Secretary was dead.

What headlines this would make – State Secretary Found Dead in Massage Parlour.

Walking down the corridor away from the massage room, the masseuse touched her earring and said into the hidden mouthpiece, “The sausage has been skewered.  I repeat, the sau-sage has been s-k-e-w-e-r-e-d.  Over and out.”

“Good job, Lily.  See you at the base tomorrow 0800 hours for a briefing of your next assignment.”

Lily Chan sauntered down the corridor, grinning to herself.  If only all of her previous assassination orders were as pleasant as this was.  No struggle. No pleading for one’s life. No offer of the car, the house, the other house on the islands. The spouse.

She smiled, looked at her nails and saw that most of the colour had leached out.  Well, the sachets with toxins embedded in Lily’s nails worked.  She’ll probably have to use it the next time too.  She pocketed the extra sachets and left the building.

“Hmmm…Gotta have my nails done later.” She mused.